Because “Creative” means so many things, Part 2

Sometimes, based on my schedule and having a three-year-old, my creative urges are satisfied by cooking. When there is no time for anything else, there is always time for a meal or a treat.

Largely because Bug has no interest in making dinner, but does have an interest in baking, we bake together. He doesn't really eat anything that we bake. He doesn't like sweets - which, incidently, is the one thing that makes us wonder if he was switched by the hospital.

He's more about the mixer, adding in the ingredients, and, if cupcakes are in order, he's all about the sprinkles.

I normally have a Cookie Exchange at the beginning of December. This year, tho, with baby on the way, I've temporarily takin a haitus from the Cookie Exchange.

However, that doesn't stop me from thinking about Christmas Cookies. I've been tossing around the idea of tossing out my normal family traditional cookies and trying something a little unusual.

So far, these are all on my list of possibilities: 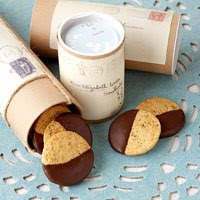 Something about using all those spices in a sweet cookie is intriguing to me! 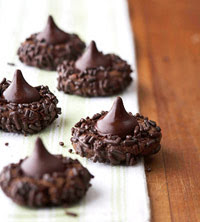 As a confessed chocoholic, these are simply the most beautiful things I've ever looked upon! 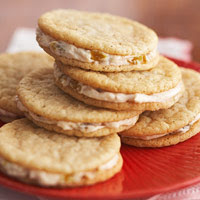 Considering that the hubs loves both Snickerdoodles and Oreos, I thought this one might hit the spot for him! 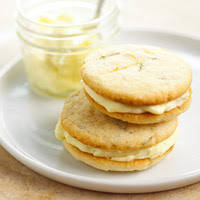 Ok...so...really...these are all about me. I'm the only one in the house that will eat them...which makes me even MORE tempted to give them a shot. I could actually have a batch of cookies all to myself! What a thought! 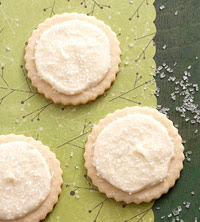 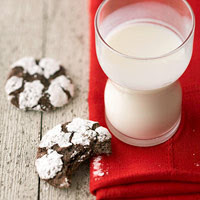 And last but not least - Alphajores: I use the Dulce de Leche in my coffe. I get it in the Mexican foods aisle at Walmart, of all places. Its really the most tasty stuff.