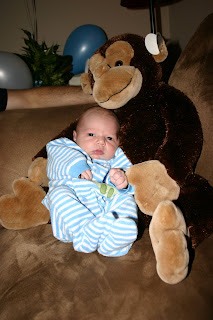 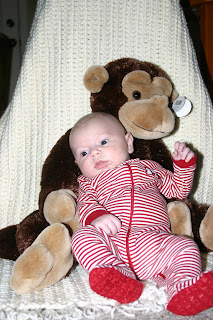 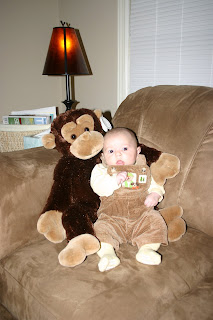 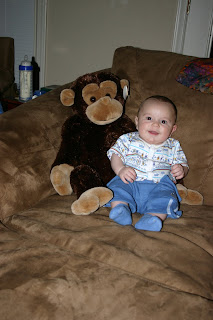 Where the heck have I been?

I’ve been attempting to wrestle my list of things to do, my expectations and my needs into some form of balance. Once upon a time…when I was single and childless…my priorities were very easy to organize.

Now with Jayden, I find my priorities have radically shifted…what was ok or even preferable once just isn’t any more. And that means that I’ve been trying to find a new way to focus my time and energy… new balance…

THIS plan is to build better daily habits and to not drive myself crazy in the process. So…I focus on doing these things each day, week or month in an effort to mold the clay into a new and improved shape.

In terms of GOALS for this year, I’ve decided that Mary Kay Ash had it right when she said, “God First, Family Second, Work Third” In my world, work actually is a benefit to my family, so they run in very close competition and I find myself checking my tasks against my priorities fairly often. At any rate, I’ve got some goals in play too…milestones or achievements if you will…more on that later, perhaps…it really depends upon how much I choose to share or keep close to the vest.

Amazed that my SoCal friends experienced SNOW…you can read more about it on Karen’s Blog. I was reading about the California snow right about the same time I had to break my own flip-flops because it was in the 70’s here. Despite the fact that I am a California girl, the 70’s in January felt some how unnatural and, believe it or not, I have envy that they experienced some snow. I might not feel so great about it when we get our predicted freezing rain and ice tonight. Still I got a new wool coat last year and a new leather coat this year and I want to WEAR them!

Been giving some attention to Ali Edwards’ One Little Word challenge to find a word for the year. I think my word is going to be focus. I’m very interested in staying in the moment and not giving so much attention to what comes NEXT. I have been really longing to enjoy the here and now with some peace.

Did some scrapbooking over the weekend…a set of Valentines for a new secret pal swap I’m doing and a layout called BMD – which stands for Baby Melt Down. I’ll get pics up of this soon…I’ve taken them, just haven’t gotten my self around to posting them.

And finally, I’ve been spending as much time as I can with this adorable little creature. 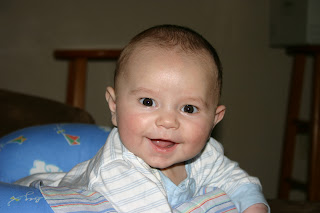 He has discovered that toys DO things when he touches them, so he is very into some of his toys right now – mostly his floor gym, his bouncy and his car-seat toys…they don’t get away from him when he bats at them…sort of a captive audience, if you will. And for the last two days, he has been grabbing a hold of my shirt with his little hands and holding on when I carry him somewhere. I love that!!! I really am so in love with this little guy. As the commercial says: Who would have thought that the short bald guy would capture your attention!

Wish I'd written this, but I'm among those exercising the expect-too-much-too-soon faulty thinking. However, this is awesome!

My Power of One plan is working out beautifully. Based on this, I'm going to make a chart to keep in view (so I can have that external reminder) and give myself some notes in my planner.

"This year, I’m going to stop worrying so much."

"I will get in shape, once and for all."

"I’ll stop spending beyond my means."

"I’ll get along better with my family."

Have you made a resolution similar to one of these? Some of us want to lose weight, become more organized, or quit smoking. Others want to find a sense of purpose, more work/life balance, the courage to leave an unfulfilling career and start over. Whether it’s New Year’s Day, an important birthday, or just because we’re fed up, at some point we vow to make that one leap or give up the thing that plagues us. But by the time the rosy blush of good intentions wears off, the resolution gets pushed aside. Not because we don’t still long to have what we want, but because we just don’t know how to change.

We say we’re going to change, we may even do it for a little while, but soon we find ourselves back to our old habits. Depending on what survey you’ve paying attention to, approximately 45 percent of us make New Year’s resolutions, but only 8 percent succeed. Ninety percent of heart patients don’t stick to the lifestyle changes they need to live longer and healthier lives. Even faced with the dramatic choice to change or die, they can’t do it. I don’t believe they want to die. They just don’t know how to make the choice for life.

Part of the problem is that we’re flooded by bad advice. Right now, I’m staring at a women’s magazine. It’s the November 28th issue and the headline blares: YOU, 43 LBS SLIMMER By Christmas! I’m sorry but you, no matter who you are, are not going to be 43 pounds slimmer in 28 days using their diet or anyone else’s. Such irresponsible "advice" does a great deal of harm. Because it creates unrealistic expectations, it increases the probability we’ll give up before we get where we want to go.

You and I can change. Not just superficially, or temporarily. We can stop doing the things that hold us back or cause us suffering and create a life filled with meaning and happiness. But it’s not easy, as anyone who has tried to change a habit or do something new knows.

To bring new behavior into being takes work. Our brains have enormous "plasticity," meaning they can create new cells and pathways. But our brains create strong tendencies to do the same thing over and over. Here’s why: our neurons (brain cells) that fire together wire together. Meaning, they have a strong tendency to run the same program the next time. That’s why lasting change takes lots of practice; you’ve got to create a pathway to the new options. (Six to nine months, say many brain scientists--so much for those seven-day wonder programs.) The process is not about getting rid of bad habits—the pathway to your current behavior is there for life, baby—but building new, more positive ones. Even stopping doing something, like smoking, is really about creating a good new habit, nonsmoking.

Our brain structure is also why you’ve got to put external reminders in place, at least in the beginning. Unless we have a trigger from the outside—a note, a email reminder, a friend who shows up at the door to go to the gym with you--it’s very likely you’ll keep defaulting to the old behavior because it’s automatic. That’s also why it’s so important to be willing to start over no matter how often you blow it or get discouraged.

Do you keep hoping that a magic fairy will appear to make your dreams come true? That if you just read enough issues of Shape those thunder thighs will disappear? You’re not alone. Most of us are also not concrete enough about what we want and unrealistic about what we can reasonably ask ourselves to learn.

Here’s what a new client of mine said he wanted to learn in three months: "to be less nit picky and fearful; to be more optimistic, to be more responsible and empathetic; to be more creative; to be more productive; to live a healthier life and to take better care of myself." "How about create world peace while you’re at it?" I replied. "And what does `more’ mean anyway? Even if it were possible to focus on all of this in that time frame, how will you know if you are more of any of these things?"

As this client so touchingly demonstrated, we expect too much of ourselves and we expect to change overnight. When that doesn’t happen, we resign ourselves to staying the same, convinced that we are hopeless, weak, or unmotivated. Which makes us even more stuck. As another of my clients, eager to lose weight, puts it, "Once I eat the first cookie, I figure I might as well go through the whole box."

1. Being vague about what you want

2. Not making a serious commitment

4. Unwilling to go through the awkward phase

5. Not setting up a tracking and reminder system

7. Trying to go it alone

9. Not having backup plans

To truly change requires three things: desire, intent, and persistence. You have to identify what you desire enough to be willing to stick to, make specific, measurable, achievable goals ("stop yelling at my kids" rather than "having more patience," and avoid the common pitfalls (see above).

Armed with these attitudes and behaviors, you can cultivate any new habit or behavior. When you have this invaluable tool in your arsenal, you’re not just getting fit, becoming more patient, or writing that novel. You’ve become empowered to experience greater satisfaction and fulfillment in your life because you can now bring anything you want into being. You’ve become the master of your fate rather than the victim of old choices. How’s that for a Happy New Year?
Posted by chksngr at 8:08 AM 2 comments: